We are pleased to be able to announce today that Tŷ Hafan is set to receive a ‘substantial donation’ from Patrick Jephson, former Private Secretary to Diana, Princess of Wales. The Princess was Tŷ Hafan’s first patron until her death in 1997 and instrumental in fundraising for the build of our hospice. 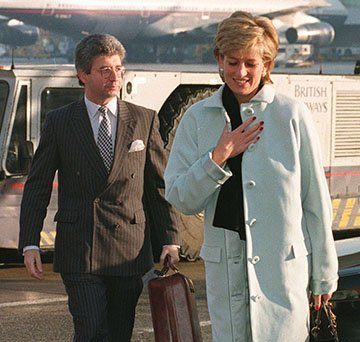 Mr Jephson, who was private secretary to the Princess from 1988 to 1996, received an undisclosed sum from the BBC, the proceeds of a settlement. This follows the publication of the Dyson Report into the means by which disgraced former BBC journalist Martin Bashir obtained his 1995 Panorama interview with the Princess.

A BBC statement said: ‘The BBC and Commander Patrick Jephson have reached a settlement following publication of the Dyson Report.

“Commander Jephson was the Private Secretary to Diana, Princess of Wales.

“The BBC accepts and acknowledges that serious harm was caused to Commander Jephson as a result of the circumstances in which the 1995 interview with Diana, Princess of Wales was obtained, which have become apparent as a result of the Dyson Report.

“The BBC apologises unreservedly to Commander Jephson for the harm caused to him and has paid his legal costs.

“The BBC has also paid Commander Jephson a substantial sum in damages, which he intends to donate in full to British charities nominated by him.”

Mr Jephson said: ‘After more than twenty-five years, it is a relief finally to reach a conclusion to this painful episode’

“I am grateful to Lord Dyson and the journalists whose tenacity has brought the truth to light, and I now look forward to donating the damages I have been awarded to Tŷ Hafan, the hospice for children in Wales, in memory of the late Diana, Princess of Wales.’”

Maria Timon Samra, Chief Executive of the charity said: “On behalf of the children and families we support at Tŷ Hafan, I would like to thank Patrick Jephson for his thoughtful and generous donation. This will help enable Tŷ Hafan to continue to provide vital care and support for hundreds of children with life-limiting conditions, and their families in Wales with whom we work every year. 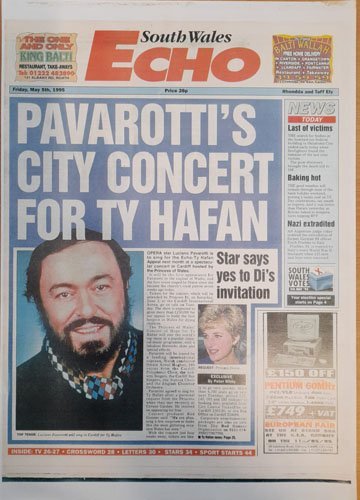 “As our first patron Diana, Princess of Wales, was a massive supporter of our charity and played an integral role in its foundation.

“In 1995, she persuaded her friend, renowned opera star Luciano Pavarotti, to perform a concert at Cardiff Castle to raise money for our charity. Thanks to this we were able to commence building our hospice in 1996.  Further boosted by the kindness and generosity of the amazing Welsh public, Tŷ Hafan opened its doors to children for the first time in 1999.

“This donation is a great tribute to Princess Diana and Prince Charles’s invaluable contribution to Tŷ Hafan and will help us to ensure that her legacy of love lives on in Wales, helping some of the most vulnerable children and families to make the most of their short but precious lives.

“Princess Diana’s patronage transitioned to His Royal Highness, Charles, The Prince of Wales, in 2001 and he continues to support us in being a lifeline to those children and families who need our services.”