Sending our best wishes to our King and Patron 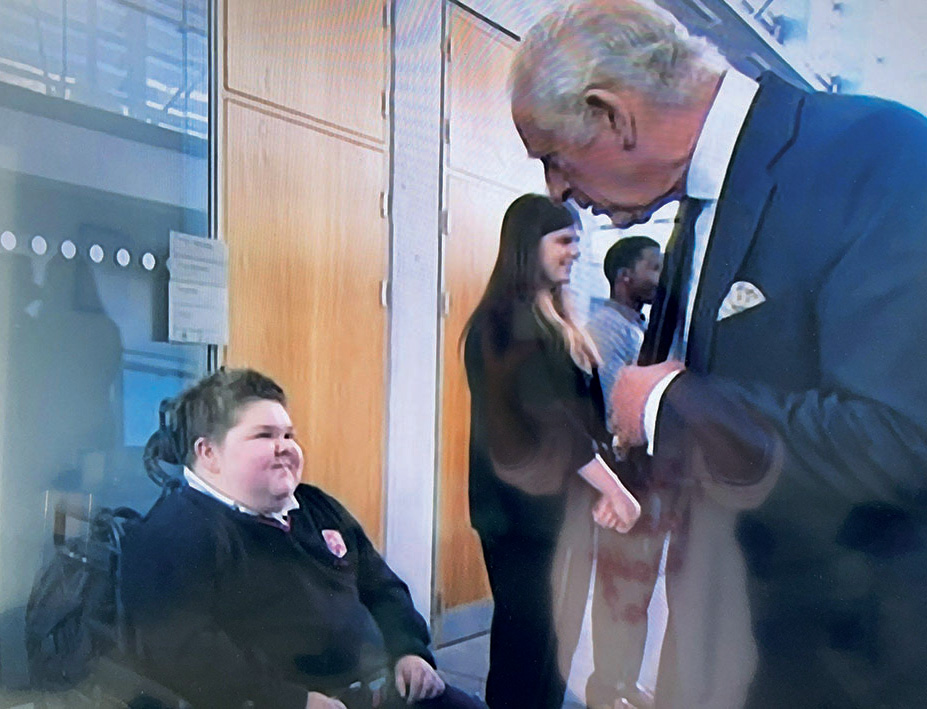 We would like to extend our sincere condolences to our patron, King Charles III, the Queen Consort and the wider Royal Family on the passing of Queen Elizabeth II.

The Queen was a devoted servant to the United Kingdom and the Commonwealth throughout her 70 years on the throne and we are so grateful to Her Majesty for her steady, dignified and compassionate reign. We send all good wishes to our King and Patron in his new position as Head of State.

We’re so proud of Seth Burke who met King Charles and the Queen Consort at the Senedd as part of his role as Welsh Youth Parliament Member. Seth has been using Tŷ Hafan’s services for over 5 years. He is the first wheelchair user in the Senedd’s adult or youth parliaments and is the first Member with Duchenne Muscular Dystrophy.

Seth described this fantastic experience: “The King had to bend down to talk to me because I’m in a wheelchair. This I found really funny, as in all the photos he looks like he’s bowing to me! He shook my hand and asked me if I was still in school.

“Next, I met the Queen Consort and she was really nice, too. She asked if I was bunking off school and said she “wouldn’t tell” if I was. I said, “Thank you – there are billions of cameras looking at us though,” and she laughed about that.”