“We’ll be suffering for 55 hours, our children go through so much more”. Tŷ Hafan dad Matt shares his thoughts on the 10nTaff

On Wednesday 29th June Matt Evans and a group of fellow Tŷ Hafan dads and supporters, set off on the challenge of a lifetime, attempting to climb 10 of Wales’ highest mountains also cycling 53 miles along the Taff Trail from Brecon to Cardiff – and all – amazingly - in 55 hours. We caught up with Matt to find out more. 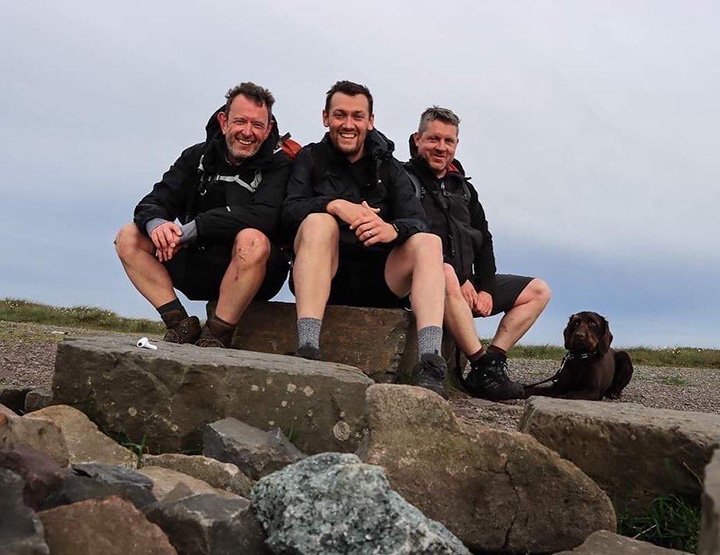 By day, Matt Evans from Swansea, is a vehicles trainer for the DVLA in Swansea. Every other hour of the day, when he’s not helping wife Fiona to care for their three children Aubree, 7, five-year-old Darcy and Oakley, 3, Matt is training hard to take on one of the biggest challenges of his life to date.

Matt, plus a group of fellow Tŷ Hafan dads and friends, will next week be taking on the #10nTaff Challenge for Tŷ Hafan – a 55 hour endurance test which – incredibly – involves climbing ten of the highest peaks in Wales followed by a 53 mile bike ride from the Brecon Beacons to Cardiff – and all within 55 hours.

‘Why?’, is the only question that can possibly spring to mind at this point.

Matt, 34, explains. “My five-year-old middle child, Darcy, was born with Wolf-Hirschhorn Syndrome,” he says. “This means she has developmental delay. She is now the size of an 18-month-old child. She was born with a cleft lip and palate which has been repaired. She has had to have heart surgery. She has cerebral palsy. She has Stage 2 kidney disease. She has seizures controlled by medication. She has severe reflux.

“Darcy has quite a lot to contend with.

“As a family it affects us hugely. We can’t easily do the normal day-to-day stuff that your average family takes for granted. For example, a day at the beach for us doesn’t just involve packing up a couple of towels, buckets and spades. For us, it involves taking Darcy’s buggy, her syringes, feeds, and all her meds which we need to give her throughout the day. We can do things, for sure, but trips out are not as straightforward for us as they are for many other people. 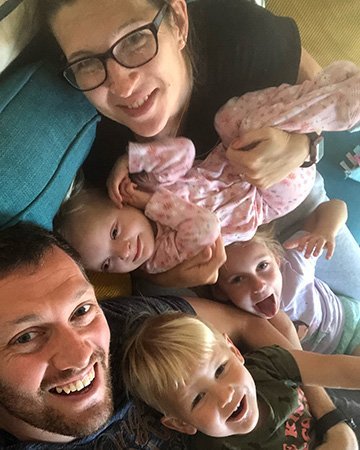 “I can’t remember who suggested Tŷ Hafan to us. I think it was the community nurses. I never thought we’d be able to use it as we didn’t think Darcy would be eligible – we didn’t think that her needs would be great enough for hospice care.

“But it turned out that she was eligible. We went there for our first visit in 2019, all five of us stayed there as a family.

“We loved it. It feels like home from home. We feel normal at Tŷ Hafan. It feels like Darcy belongs there and we belong there as a family. It is so welcoming. On our very first visit Dave, the chef, spoke to us as if we’d been going there for years. When we got home our first thought was ‘We can’t wait to go back!’

“When we stay at the hospice it helps us all so much because Darcy has 1-2-1 care. For parents like us it’s a huge help as we get a bit more rest. We can spend quality time with our other children, Aubree and Oakley. There’s soft play, a hydro pool, a park outside. It’s like a little holiday for us.”

Matt has already done some fundraising for Tŷ Hafan including the very popular Rainbow Run on Swansea beach. But the #10nTaff Challenge for Tŷ Hafan, which has been organised by fellow Tŷ Hafan dad Paul Fears, is in an entirely different league.

Matt continues: “So why am I doing the #10nTaff challenge for Tŷ Hafan? Since having Darcy, life has not been comfortable, so I am doing this because I want to raise as much awareness as I can of the work that Tŷ Hafan does, as well as raise as much money as possible to support its work. As do all of us who are taking on this challenge.

“Yes, it’s extreme, but the way I look at it we’ll be suffering for 55 hours, but our children go through so much more and it’s constant – all the time.

“I lost a lot of weight a few years ago and I am now the fittest I’ve ever been. This is a huge challenge for sure, but it is very personal for me.” 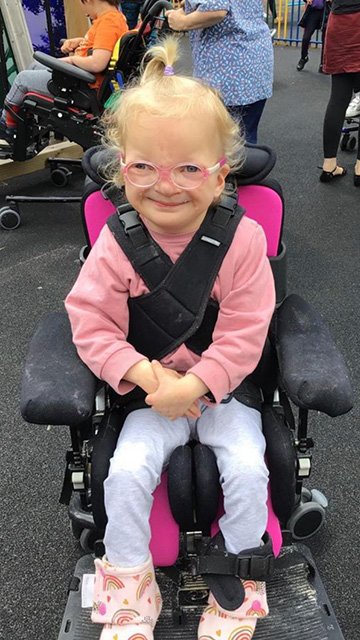 Matt says he is particularly inspired by the support he and fellow Tŷ Hafan dads get from the hospice as well as from each other.

“For me, it’s not just what Darcy gets from Tŷ Hafan. It’s what we all get, including me. I benefit so much from being able to have conversations with other dads. We can share our experiences. This is stuff that I thought that I would never need, and I don’t speak with other mates about this kind of thing because they can’t relate to it.

“I think we’ve come a long way now – more men are talking about their feelings. I hate the phrase ‘man-up’.

“Gary Speed took his own life. I think to myself that if he had felt that he had just one person he could really talk to about anything, perhaps he would not have felt that was the only option for him.

“For us Tŷ Hafan dads, there’s no topic that’s off limits.

“Plus I know that if I need something, I know who to go to – Dan Notley, who runs the Dads group at Tŷ Hafan. I know I can speak to him if I need anything and he’s always on hand for support when needed.”

Now, as Matt enters the last few days of training, it’s his physical, as well as mental, fitness that he’s most focusing on.

“Paul Fears, who has organised all this and whose son Greg was cared for by Tŷ Hafan, has been amazing – facilitating training walks for us and generally being so supportive of us all,” he says.

“Before I agreed to take on the #10nTaff Challenge for Tŷ Hafan I’d not been up Pen y Fan, I’ve never been to Mount Snowdon, and I’d not been on a bike for 15 years properly. Now, I’m actually loving it!

“I’m looking forward to it and dreading it at the same time because yes, there’s no getting away from it, it is a daunting challenge. But it’s all about team spirit. We’ll get there.”

We send all of our best wishes to Matt and his family, and all involved here. Good luck for the 10nTaff.

To find out more and to sponsor Matt and his fellow #10nTaff Dads and friends go to:

Previous Post: Tŷ Hafan is our lifeline and has helped us the most
Next Post: ‘This is the hardest thing I have ever done’