“Everyone wanted to cuddle with him and it was so nice. We hadn’t had that when Cai was tiny – people were afraid to touch him. Tŷ Hafan gave me that – they gave me what we had been missing. 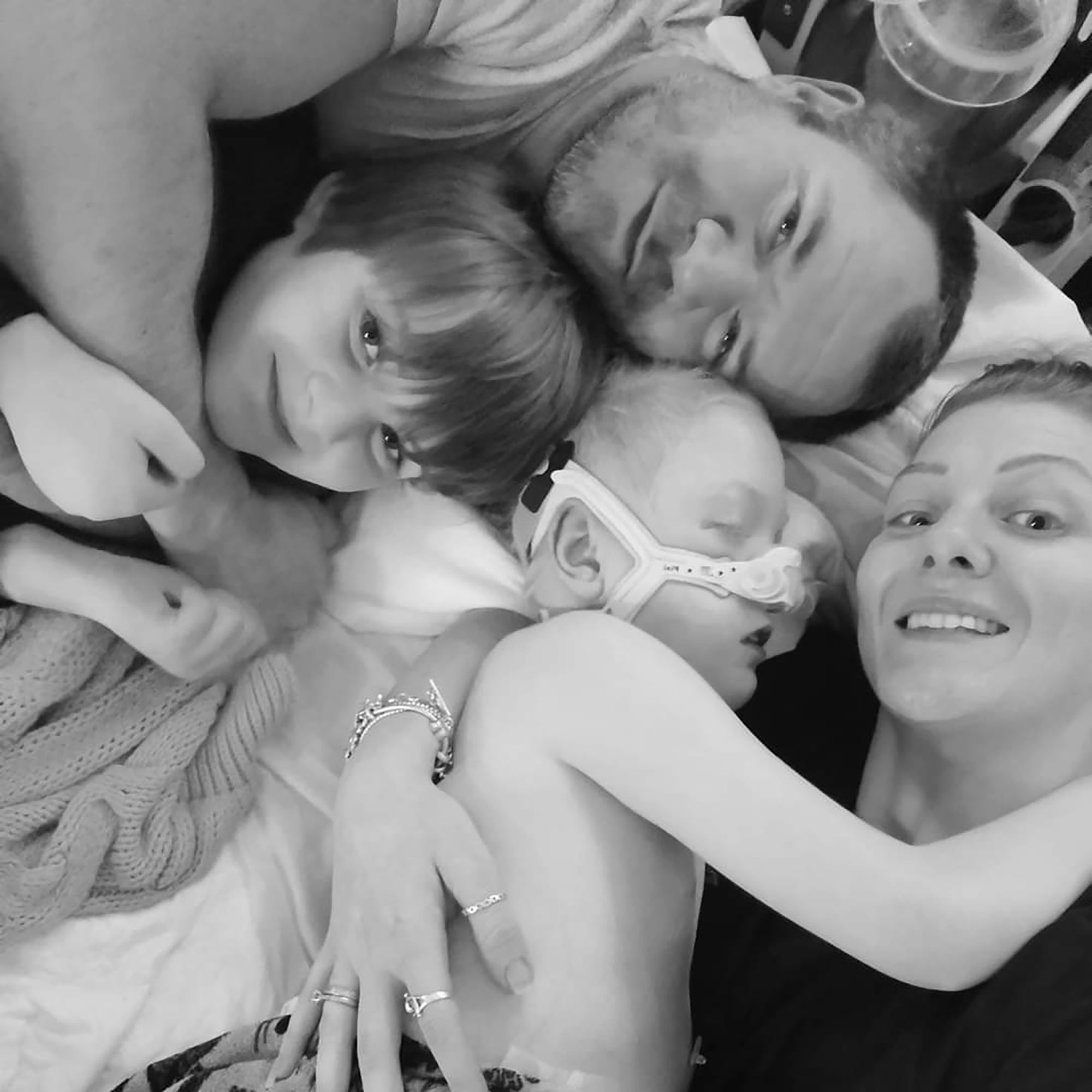 “I’m Micaela, mum of two sons – Cai, who passed away at Tŷ Hafan earlier this year and his younger brother Harrison.

“So much has happened in my life with Cai. When he was little he was diagnosed with the ultra-rare Vici Syndrome and even though he has died I take a lot of comfort from the way it happened and how it happened.

donate in memory“It was how Cai chose. He’d had so many opportunities before he died to pass away – but he knew the right place and time for him – at Tŷ Hafan.

“I was 21 when I had Cai. At five weeks old he went to hospital with a nasty infection, and then had a cardiac arrest at seven weeks old. This resulted in massive brain injuries which left him with cerebral palsy. The doctors gave him 24 hours to live.

“Cai survived that. Then we were told he wouldn’t survive past the age of two.

“I was devastated. I felt like I was grieving for the baby I should have had.

“I had no time to process. It was a whirlwind. We were just surviving. I was just grateful that my baby was still alive.

“We first went to Tŷ Hafan when Cai was about a year old. It was the year Tŷ Hafan sponsored Cardiff City – and Cai wore his City top to Tŷ Hafan. I was really proud. Everyone loved him and they all made such a fuss of him.

“Everyone wanted to cuddle with him and it was so nice. We hadn’t had that when Cai was tiny – people were afraid to touch him. Tŷ Hafan gave me that – they gave me what we had been missing.

cai snow angel“Me and my husband Matthew stayed at the hospice the first couple of times that Cai went, but then when I realised the Tŷ Hafan girls were capable of looking after Cai, we started to let him go on his own.

“All in all, Cai had almost 11 years at Tŷ Hafan and he absolutely loved it. He would laugh going up the driveway. Or roll his eyes! He had that kind of relationship with them. He could be himself.

“He could have his friends there – have sleepovers. He had his own little life at Tŷ Hafan. He could go there and be his own person – as a child, even if you have a life-limiting condition, you don’t want to be around mum and dad all the time.

“Cai was almost 12 when he died at Tŷ Hafan.

“There was no struggle. It wasn’t horrible. It was peaceful. He just didn’t wake up. When you experience that you see things differently.

“It sounds crazy, but it’s not. All through Cai’s life and even in his death, Tŷ Hafan made it perfect, for the worst situation in the world.

“As a family we feel so privileged to have such an extraordinary place on our doorstep and we couldn’t have wished for a better team of people to be part of our journey and to have share Cai’s life with.”