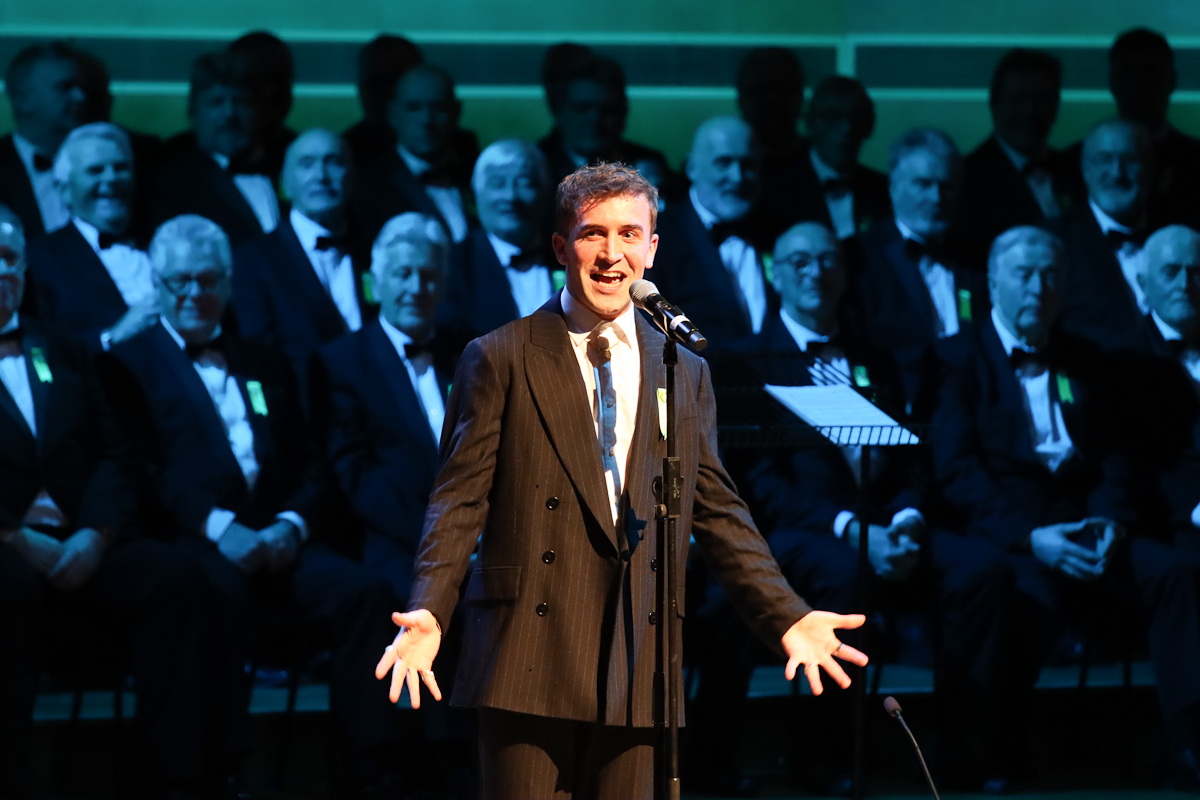 This came hot on the heels of Tŷ Hafan’s #WhenYourWorldStops fundraising appeal which netted £342,922 in just 60 hours, totally smashing its appeal target of £250,000.

Maria Timon Samra, Chief Executive of Tŷ Hafan, said: “Following a very challenging couple of years, it has been a phenomenal couple of weeks for the charity. First our #WhenYourWorldStops fundraising appeal raised an incredible £342,922, almost £80,000 more than our original target.

“We are so grateful to everyone who has supported Tŷ Hafan with these fundraisers.

“Times are very difficult for so many people these days and the kindness, generosity and goodwill shown to Tŷ Hafan and the children and families we support has been absolutely overwhelming.

“I must also pay tribute to two families who have helped us to achieve these phenomenal results from these events, both of which were at a scale never previously attempted.

“As the face of our #WhenYourWorldStops appeal, the Jeans family were incredibly brave, sharing the story of their beautiful daughter Rose, who died at the hospice just two days after her first birthday. Then Kerry Spence, also very bravely, shared her family’s story live on stage at St David’s Hall to an audience of thousands.

“On behalf of everyone at Tŷ Hafan, I give my heartfelt thanks to everyone involved, including our amazing loyal supporters and donors, and my colleagues and volunteers, of whom I am very proud.”

Funds raised by both events will go towards the £5.2m it costs us every year to provide care and support for children with life-shortening conditions and their families in Wales, both at the hospice in Sully, and in homes and communities across the country.

Callum Scott Howells, who sang hits both solo and with the choir, including Beautiful City, Happy Ending and O Holy Night, said: “It was such a privilege to be able to sing alongside Treorchy Male Voice Choir in aid of such an important Welsh charity. It was such an honour and I am looking forward to maintaining this relationship in the future.”

Treorchy born Callum, 23, whose late grandfather, Bryn, was a lifelong member of the celebrated choir, added: “And I am also so happy to have played a part in giving a Welsh audience a great night!”

Actor, writer and director Steve Speirs, concert host, said: “I was thrilled to be part of a truly memorable Christmas concert and to welcome such incredible talent to the stage.

“And knowing it was helping Tŷ Hafan made it even more of a special evening. And what an audience! It may have been cold outside, but inside we were rocking!”

Stewart Roberts, Musical Director of Treorchy Male Voice Choir: “It was a pleasure to once again this year take part in a spectacular concert in support of Tŷ Hafan. To see our National Concert Hall, St David’s Hall, packed to the rafters to hear us, Callum Howells and St John’s College Choir was hugely pleasing. This concert further strengthened our close links with Tŷ Hafan and we hope to do the same for the charity next year!”

Tŷ Hafan’s #WhenYourWorldStops intensive match-funded fundraising campaign, which ran from 10am Sunday 27 November to 10pm on Tuesday 29 November, was a first for the 23-year-old charity.

The campaign was fronted by Cefn Hengoed family Catherine and Andrew Jeans and their nine-year-old son Oliver. Oliver’s beloved little sister Rose was diagnosed with an incurable cancer and died at Tŷ Hafan’s hospice in Sully on 13 February 2020, just two days after her first birthday.

Andrew Jeans said: “The work that Tŷ Hafan does – you really can’t explain it – how they are able to support so many families like ourselves. So, when we were asked if we would like to be the face the #WhenYourWorldStops campaign and to use our story, for us, it was a no-brainer. As difficult as it was talk about these things and to bring these things back up, we knew that it would have an impact on the hospice.

“And to raise the funds that we did for that campaign just blew us out of the water. It was amazing.

“We just can’t thank people enough for their generosity. It has blown us away the amount of money that was raised – £340,000 in three days is just exceptional.”

Jenna Lewis, Director of Income Generation at Tŷ Hafan said: “We have been absolutely blown away by what we have managed to achieve with our #WhenYourWorldStops campaign and are hugely thankful to  our amazing supporters and the appeal champions who have helped us.

“I think at a time like this, when everybody is struggling, we didn’t know how an appeal like this would go. But the money it has raised will make a huge difference to the families and the children that we support. It will mean that we can be there for more children and families and that Tŷ Hafan can offer the vital care and support that they need.

“Thank you to everybody who has donated, and to all of our appeal champions, to the amazing Jeans family who have done so much for us, and to all the families who have told their stories which have made such a huge difference to the success of this appeal.

“Finally, there is still time to donate. Just go to: www.tyhafan.org/whenyourworldstops.”